The second project meeting delt with training courses and project changes . The partners agreed on the time schedule of upcoming trainings in 2017.

The second trans-national managerial meeting was organized during 24-25th October in Slovenian Naklo. The project partners updated the web edition tools and agreed on the publicity and disemination rules. The project Guidebook will be finalized in most cases until the end of the year. The English version is available on the project webpage. The training course preparation was negotiated within the consortia, the common template was prepared by the UCAM representatives and will be tested and used during the first test training in December 2016 in Rychnov nad Kněžkou in Czech republic. A course themes and dates of organization were discussed, most trainings will be finished until the dissemination event in June 2017 in Hungary. The course participants will learn more about the school, community and therapeutical gardens, community based agriculture, social farming and education for sustainable development. 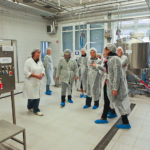 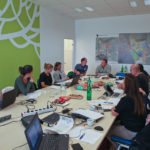 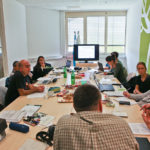 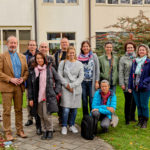